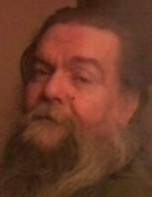 William (Bill) E. Snelling, 66, of Mt. Vernon passed away peacefully at his home on Tuesday, February 4, 2020. Bill was born on February 5, 1953 the son of Clarence Snelling and Eara (Shoemake) Goodman.

Bill was a groundskeeper for Hamilton’s Golf Course for many years. He was often seen riding his motorcycle which was one of his greatest joys in life.

Funeral services will be held at Noon on Friday, February 7, 2020 at the Stendeback Family Funeral Home in Mt. Vernon with Rev. John Motz officiating. Burial in Blacks Cemetery will follow. Visitation will take place from 10:00 am until time of service. In Lieu of flowers, memorials are suggested to the funeral home to help defray funeral costs. Online condolences may be left at stendebackfamilyfuneralhome.com

The family would like to send a special thanks to Darcy P. and Jen Z. with Kindred Hospice for the care they provided Bill and support they provided to his family.

To order memorial trees or send flowers to the family in memory of William "Bill" Snelling, please visit our flower store.