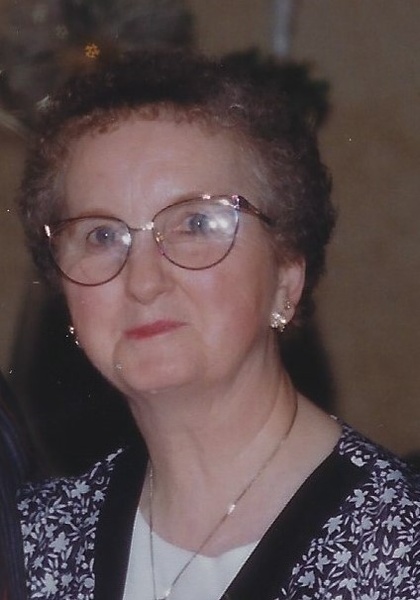 Wilhelmina "Willy" Adams, 85, of Carmi, passed away Saturday, February 16, 2019 at 6:45 a.m., at Wabash Christian Village in Carmi. She was born April 4, 1933 in Carmi, the daughter of William Oscar and Rose (Cozart) Usery. She married Russell Giltner "Buck" Adams, December 9, 1950. She was a homemaker, a member of the Elks Lodge and Carmi Country Club. She was a life member of the VFW Auxiliary and a member of the American Legion Auxiliary in Carmi, and a former member of the Rebecca Lodge. She was an avid bowler and golfer.

Surviving are her husband of 68 years, Buck Adams; two daughters and a son-in-law, Brenda and Roger Hale, of Fairfield and Cynthia Rose Murphy, of Bremen, IN; son, Russell Gene Adams, of Gardner, KS; sister and brother-in-law, Malen and Doyle Daniel, of Waddy, KY; brother and sister-in-law, William Ivan "Bill" and Peggy Usery, of Carmi; six grandchildren and 11 great-grandchildren and one great-great-grandchild. She was preceded in death by her parents, daughter-in-law, Frances Adams and two half brothers, Vernard and Farrel Handley.

Memorial gifts may be given in Willy Adams memory to Wabash Christian Village Memory Care Unit in Carmi and may be given at Campbell Funeral Home in Carmi.

Graveside funeral services and burial for Willy Adams, 85, of Carmi will be Thursday, February 21, 2019 at 11:00 a.m. at Kuykendall Cemetery in Carmi with Wade Carty and Mike Fields officiating. Friends may call at the Campbell Funeral Home in Carmi on Wednesday from 5:00 until 8:00 p.m.

To order memorial trees or send flowers to the family in memory of Wilhelmina Adams, please visit our flower store.