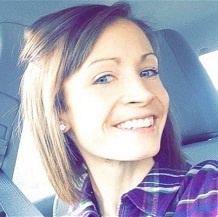 
Whitney Paige McKenzie, 28, of Carmi passed away on January 6, 2021. She was born on August 1, 1992, in Litchfield, Illinois, the daughter of Jeffry  and  Cynthia (Artman) McKenzie.  Whitney was a 2011 graduate from Carmi White County High school. While in high school she participated in track as well as basketball. She went on to receive her bachelor's degree at the University of Evansille in Physical Therapy Assisting on May 9, 2015.  Whitney was a member of Ditney Ridge Baptist Church. She was a 4-H  Alumni and  enjoyed working  with livestock.  Whitney was an avid runner and enjoyed mowing lawns in the spring and summer. She work for Acosta as a food distributor in Southern Illinois.

Funeral services for Whitney Paige McKenzie will be held on Sunday January 10, 2021 at  2:00 p.m. at Ditney Ridge Baptist Church in Norris City. Friends and family may visit from 12:00 p.m. until time of service at the church. Burial will follow in Ditney Ridge Cemetery. In lieu of flowers, contributions may be made in Whitney's memory to The Guardian Center in Carmi, Ditney Ridge Baptist Church and the CWCHS Booster Club, and will be accepted at Campbell Funeral Home in Carmi, who is in charge of arrangements. In accordance with CDC and IDPH regulations, social distancing will be observed and masks will be required.

To order memorial trees or send flowers to the family in memory of Whitney McKenzie, please visit our flower store.