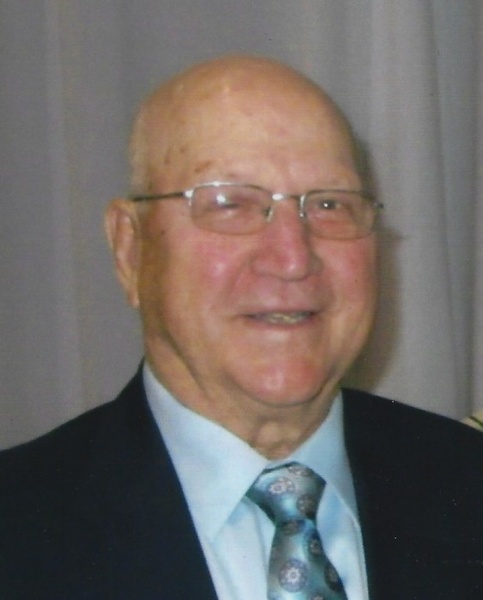 Wayne E. Sailer, 85, of Carmi, passed away at 2:40 p.m., Monday, June 17, 2019 at Wabash Christian Village. He was born in White County, IL on July 8, 1933 the son of Albert George and Beulah Hannah (Winter) Sailer. Wayne married Betty Huffaker on January 27, 1962. He graduated from Carmi High School in 1950. Wayne served in the United States Army from 1953 to 1954 during the Korean War. Wayne and his two brothers owned and operated Sailer Bros. Farms for 45 years. He was a past Commander of the American Legion Post #224, a member of the 40 & 8, a lifetime member of the Carmi Elks, a member of the White County Farm Bureau and a past board member of the White County FSA. Wayne was a Protestant by Faith.

Wayne is survived by his wife of 57 years, Betty; daughter, Lisa (Casey) Calvert, of Evansville, IN; two grandchildren, Cameron Calvert, of Asheville, NC and Lindsay Calvert, of Canton, GA; brother, Allen Sailer, of Carmi; two sisters, Alma Stanhope, of Albion and Lola Elliott, of St. Louis, MO; two sisters-in-law, Mary Sailer and Alice Hargett, both of Carmi and several nieces and nephews. He was preceded in death by his parents and a brother, Glenn Sailer.

To order memorial trees or send flowers to the family in memory of Wayne Sailer, please visit our flower store.