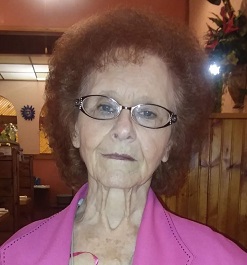 Wanda Jean Robinson, 87, of Carmi, passed away on June 18, 2021, at Enfield Healthcare in Enfield, Illinois.  She was born on July 27, 1933, the daughter of Leonard and Ruby (Reed) Fulton.  She married Huey Robinson on July 21, 1951 and he preceded her in death on February 23, 2007.  Wanda worked in interior decorating with her sister and later became the Pastor at Full Gospel Deliverance Church in Carmi, Illinois.  She enjoyed quilting with her quilting group and spending time with loved ones.

Graveside services will be held at 3:00 p.m. on Saturday June 19, 2021 at Kuykendall Cemetery in Carmi, Illinois. Contributions can be made in Wanda's memory to the White County Senior Citizens Center  and will be accepted at Campbell Funeral Home in Carmi, who is in charge of arrangements.

To order memorial trees or send flowers to the family in memory of Wanda Robinson, please visit our flower store.