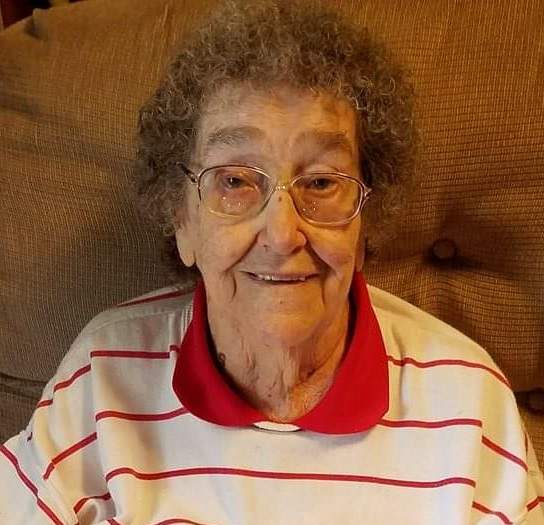 Wanda Hill, 92, of Norris City, passed away at 3:55 a.m., Monday, October 14, 2019 at the Linda E. White Hospice House in Evansville. She was born in Broughton, IL on September 4, 1927 the daughter of Harry and Mary (Thompson) Mayberry. Wanda married Claud C. Hill in 1951 and he preceded her in death in 1972. She worked in the kitchen at Wabash Christian Retirement Center and always enjoyed spending time with her grandchildren.

To order memorial trees or send flowers to the family in memory of Wanda Hill, please visit our flower store.