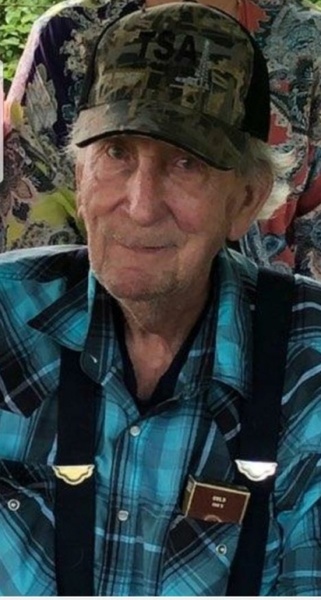 Walter J. Tidwell, 78, of Norris City passed away at 9:00 a.m., Saturday, June 27, 2020 at Ferrell Hospital in Eldorado.  He was born in Flora, IL on June 19, 1942 the son of Carley Franklin and Myrtle B. (Jenkins) Tidwell. Walter married Patty McDurmon on January 29, 1965 and she preceded him in death on February 23, 2004.  He worked for B & O Railroad and later CSX.  Walter served in the United States Army during the Cuban Missile Crisis.  He was a member of the American Legion, loved to fish and play any type of card game.  Walter also enjoyed collecting antiques.

He is survived by two sons, Ron Tidwell of New Haven and Joseph Tidwell of Arthur, IL; two step-sons, Dale Loehr of Flora and Paul Loehr of Bakersville, CA; three sisters, Alice Ashley of Edgewood, IL, and Linda Harrelson and Carol Smith both of Norris City; two brothers, George Tidwell of Norris City and Robert Tidwell of Palestine, IL; along with seven grandchildren.  Walter was preceded in death by his parents, wife, two sisters, Rosie Willis and Nora Durbin and two brothers, Frank and Richard Tidwell.

Graveside memorial services and burial for Walter J. Tidwell, 78, of Norris City will be held at 10:30 a.m., Friday, July 3, 2020 at Powell Cemetery in Norris City. In lieu of flowers, memorial contributions may be made to St. Louis Children’s Hospital, to assist children in the burn unit, and will be accepted at Campbell Funeral Home in Norris City who is in charge of arrangements.

To order memorial trees or send flowers to the family in memory of Walter Tidwell, please visit our flower store.