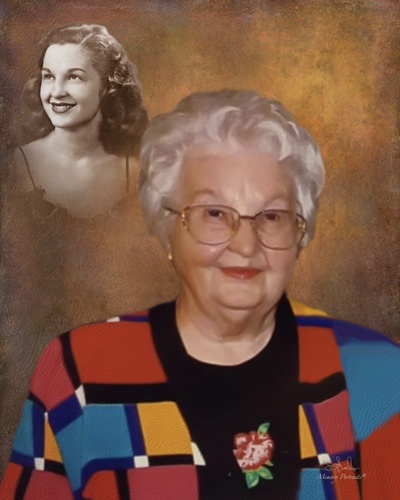 Virginia Lee (Williams) Endicott, 97, of Carmi, Illinois, passed away on Wednesday, June 29, 2022, at Carmi Manor Rehabilitation and Nursing Center with her loving husband by her side.  She was born on April 6, 1925, in Cowling, IL, the daughter of James Glenn and Johanna (Schoeman) Williams. Virginia spent her school years in Grayville, IL, after graduating High School she worked in the local telephone office and later attended Lockyear’s Business College in Evansville, IN. From there she went on to Murray State in Murray, KY where she was crowned “Miss Murray State” and later met her future husband. On March 28, 1947, she married James Robert Endicott at in Murray, KY Together they shared over 75 years of marriage spending time with each other and family, working, traveling, serving their community and enjoying life.

In addition to her husband James Robert Endicott of Carmi, Virginia is survived by a son, Bob (Karen) Endicott of Carmi, grandchildren, Stephanie Endicott Viger of Carmi, and Matt (Amber) Endicott of Sesser, IL; great-grandchildren Isaac Viger, Gabriel Viger, Ezekiel Endicott and Lily Endicott; a sister-in-law Amanta Williams of IN, and several nieces and nephews. She was preceded in death by her parents and siblings, James Williams Richard Williams and Patricia Epler.

Funeral Services for Virginia Lee (Williams) Endicott will be held at 12:00 p.m. on Saturday, July 23, 2022, at Campbell Funeral Home in Carmi with burial following immediately at North Maple Ridge Cemetery in Carmi. Friends and family may visit from 10:00 a.m. until the time of service. In lieu of flowers and gifts, donations in Virginia’s memory can be made to Zion United Methodist Church and will be accepted at Campbell Funeral Home who is in charge of the arrangements.

To order memorial trees or send flowers to the family in memory of Virginia Endicott, please visit our flower store.