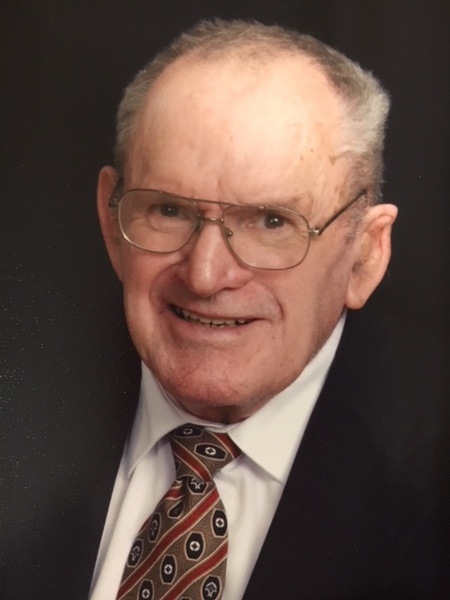 Vincent was a life-long farmer. The farm was established in 1891 by his grandfather Joseph Jr. It is now recognized as a Centennial Farm.

He attended Lewis College until entering the Air Corp during World War II. The military trained him at Amherst College and other facilities prior to serving in the Pacific Theater and was a life-long VFW member.  Vincent attended St. Patrick Catholic Church in Enfield and was a member of the Knights of Columbus. He enjoyed history and geography as well as playing the banjo, cards and travelling.

Visitation begins 9:30 followed by Funeral Mass and burial services at 10:30 on Saturday, June 23, 2018 at St. Patrick Catholic Church in Enfield. Military rites will be conducted by the Carmi American Legion and VFW Posts.

The Stendeback Family Funeral Home in Enfield is in charge of arrangements. In lieu of flowers, memorials may be made to the Alzheimer’s Association.  On-line condolences may be left at www.stendebackfamilyfuneralhome.com

To order memorial trees or send flowers to the family in memory of Vincent Fyie, please visit our flower store.