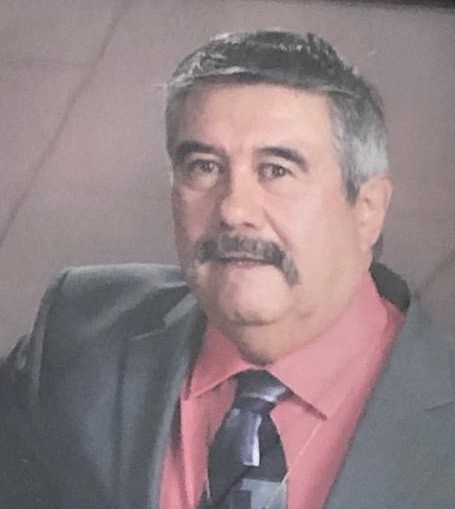 It is with broken hearts we announce the passing of Ubaldo Sandoval who passed away on Monday, September 6, 2021, with his family at his side. Ubaldo was born in Jalisco, Mexico on July 20, 1952 to the late Antonio and Delfina Sandoval. When he came to the United States he settled in Chicago’s Pilsen Community. In November of 1974, he met and fell in love with Juana, the love of his life. They married and were devoted to each other for 37 years.

Ubaldo was a loving father, cherished by his children, Lorena, Karen, Dennise (Daniel) Torres, Javier (Denise), Sandra Sandoval and he was preceded in death by his sons, Antonio and Jesus. A proud and loving grandfather to Xavier, Jesse, Alani, Lysette, Zaiden, Daniella, Penelope, Fernando, Javier and Natalia. The life lessons of love, honesty and hard work that Ubaldo taught his children and grandchildren will remain with them forever. He was the beloved brother of the late Eriberto, the late Roman, the late Eliseo, Eutiquia, Delfina, Adolfo, Luciano, Isaias and Juan. Ubaldo will be remembered by his many nieces, nephews, friends and neighbors.

Eight years ago Ubaldo and Juana moved to Enfield,Illinois where he enjoyed the outdoors, living on his farm raising goats, lambs and chickens. He was a talented welder, designing and building many things. A devoted member of St. Patrick Catholic Church where he was a fourth degree member of St. Isadora 7118 Knights of Columbus Chapter in Enfield,IL.  When living in Chicago, Ubaldo was also a member of St. Maurice Catholic Church in Chicago’s McKinley Park neighborhood.

A visitation will be held on Thursday, September 9, 2021 at St. Patrick Catholic Church in Enfield from 9:00 a.m. until 11:00 a.m with a Funeral Mass following at 11:00 a.m.  A  Visitation will also be on Saturday, September 11, 2021 from 3:00 PM until time 9 PM at Foran Funeral Home, 7300 W. Archer Ave.(55th street just west of Harlem). A Service in Celebration of Ubaldo’s life will be held at the funeral home at 7:00 p.m. Cremation will be private. Memorial contributions may be made in Ubaldo's memory to St. Isadora 7118 Knights of Columbus and will be accepted at Stendeback Funeral Home in Enfield who is in charge of local arrangements.

To order memorial trees or send flowers to the family in memory of Ubaldo Sandoval, please visit our flower store.