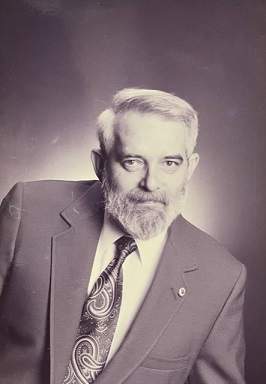 Troy Pate, 74, of McLeansboro, Illinois, passed away on August 30. 2021, at Deaconess Midtown Hospital in Evansville, Indiana.  He was born on February 7, 1947, the son of Troy and Mildred (Hurst) Pate.  He was born in Carmi, Illinois, raised here and graduated from Carmi Township High School in 1965,  Troy worked at Babcock and Wilcox, for a number of years, Norris City Industries (Blowpipe), and Miller Ambulance. During this time, he also taught EMT and rescue classes for Southeastern Illinois College, Frontier, and Wabash Colleges. He was a CPR instructor.  Troy returned to school as a non-traditional student and graduated from the University of Indiana in 2003, with a BS degree in Social Work and in 2004 with a Masters in Social Work.  During the time he attended University of Southern Indiana, he worked as an interpreter at Historic New Harmony, where he developed a love for researching the history of New Harmony.  He enjoyed portraying David Dale Owen (One of his heroes) and Father Rapp.  After completing his MSW, he worked at Egyptian Health Department until his retirement in 2017.

Troy's greatest enjoyment was his volunteer work.  He became a Norris City Lion in 1974, having admired the Lions of Carmi as a child.  He served in several local club offices and became District Governor of 1-CS for 1993-94 and again in 1996-97, He was especially proud of having served as President of the Lions of Illinois Foundation in 1999-2000.  He was presented with the International Leadership Award, Lifetime  Lion Award, and was elated to have been presented a Melvin Jones Fellowship by the Norris City Club.  A Lion from another District once dubbed him "Mr. Lion in the South," a moniker he loved. Troy also served as a Director of Norris City Emergency Services and Disaster Agency.  He helped to organize and implement the first volunteer Norris City Ambulance Service and always boasted he was on the first run.  Troy was vice-president of the Norris City Library Board when the District Library was formed and was on the board of the (now defunct) Shawnee Library System.  Troy took the Master Naturalist Class at the Rend Lake Visitors’ Center in 2019.  After completing his credentials, Troy became a Master Naturalist later that year.  He made new and lasting friends in the class. Troy was also a Cocorahs (Community Collaborative Rain, Hail, and Snow Network) recorder, reporting rainfall at Station IL-HM-4 (his backyard) each day.

Troy enjoyed life and had a resilience and optimism that was contagious to those around him. He loved reading, fishing, travel, and spending time with friends and family.  He loved history and was a Civil War buff, having visited many battle sites.  He was a strong believer in the Lord, was a member of Powell General Baptist Church, and attended New Prospect Church.

He is survived by his wife Milly (Tompkins) Pate of Norris City, IL.; their daughter, Beth Downs of Helena, MT.; brothers-in-law, George (Kay) Tompkins of Medora, IL, Frank (Joyce) Tompkins of Champaign, IL, Moe Capen of Arizona, and Bill Hobgood of Oklahoma; and a sister-in-law, Linda Pate Stocke of Carmi, IL.;  and numerous nieces, nephews and cousins. Troy was preceded in death by his parents; his step-father, Glenn Whitley, and grandparents, George and Anna (Hurst) Tucker, and Robert and Vera (Pate) Etherton, by his brothers George Edward Pate, and Stephen Pate and a sister Vera Nash.

To order memorial trees or send flowers to the family in memory of Troy Pate, please visit our flower store.