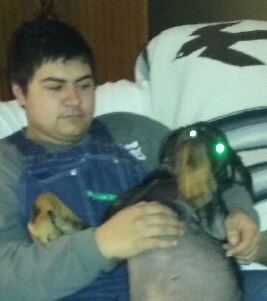 Timothy Robert Brinkley, 20, of Norris City, passed away at 9:03 p.m., Sunday, April 29, 2018. He was born in Evansville, IN the son of Robert and Diana (Williams) Brinkley. Timothy graduated from NCOE High School in 2016. He was a boilermaker with the International Brotherhood of Boilermakers Local 363. Timothy loved welding, farming, fishing, hunting, and blacksmithing.

To order memorial trees or send flowers to the family in memory of Timothy Brinkley, please visit our flower store.