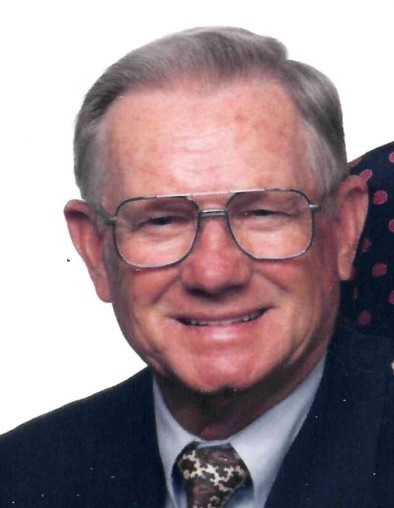 Therman L. Elliott, 92, of Mt. Vernon passed away peacefully with family by his side on Saturday, December 14, 2019.

Our precious Papaw was born on October 28, 1927 in Shell Creek, Tennessee, the son of Bert and Nellie (Briggs) Elliott.  He met the love of his life, Marie Whittington, and they married at the ages of 19 and 20.  Therman served in the Air Force as a cook from 1946-1947.  He was stationed on the island of Guam and was later sent to Pearl Harbor and Saipan before being honorably discharged in 1947.  They lived on Buck Mountain, Roan Mountain Tennessee and worked as farmers.  They had a son, Larry James, in 1948 and a daughter, Armetta Rose, in 1952.  They moved in 1952 to Newport News, Virginia where Papaw worked at Newport News Ship Building and Drydock Company.  In 1968 the family moved to Mount Vernon, Indiana where Therman worked at Babcock & Wilcox Company until his retirement in 1990.

Papaw enjoyed fishing, camping, and going to Bluegrass Festivals along with attending church and spending time with his grandchildren and great-grandchildren.  Therman was a lifelong Christian and attended High Point Baptist Church in Buck Mountain, Tennessee, South York Baptist Church in Hampton, Virginia and Point Township Church of the Nazarene in Mount Vernon, Indiana.  As a child who grew up during The Depression with little education, Papaw worked hard to make a life for himself and his family.  He was most proud of his home that he and Marie built together, and the memories made with his family and friends.  He was dearly loved and will be greatly missed.

Funeral services will be held at 10 a.m. on Wednesday December 18, 2019 at the Stendeback Family Funeral Home at 1330 E. 4th St., Mt. Vernon with Rev. Troy DeKemper and Rev. Dallas Robinson officiating. Burial will be in Bellefontaine Cemetery. Visitation will be held from 5-7 p.m. on Tuesday at the funeral home. In lieu of flowers memorial contributions may be left to the Point Township Church of the Nazarene. Online condolences may be left at stendebackfamilyfuneralhome.com

To order memorial trees or send flowers to the family in memory of Therman Elliott, please visit our flower store.