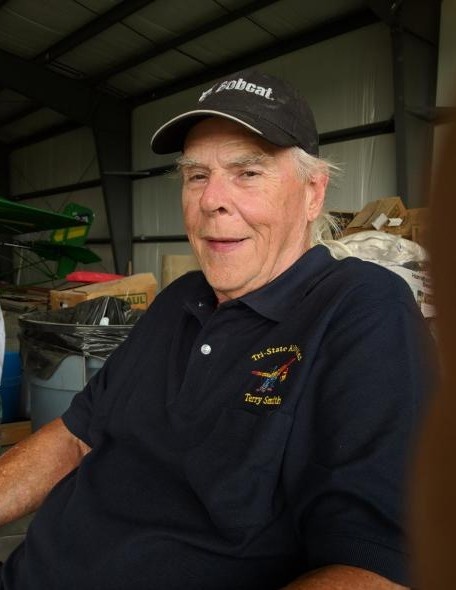 
Terry Baldwin Smith, 74, of Mt. Vernon, passed away November 1, 2018 in Evansville. Born July 1, 1944 in Akron, Ohio to Edward and Helen (Cramer) Smith, Terry graduated from Buchtel High School in 1962 and graduated from Akron University where he studied mechanical engineering.  Terry worked at Firestone Tire and Rubber Co. as an engineer and then pursued a career as a computer programmer.  He moved to Dallas, Texas and continued his career as a talented programmer in the banking industry and eventually retired from Ryder.

He moved to Mount Vernon in 2013 to be near his brother, Mark Smith, and son, Thomas Smith. He and Mark made many friends at the Posey Patch Airfield and through Try State Kite Sales and their involvement in the local Ultralight community.

Terry had a life-long love of playing pool. He loved studying pool, attending “pool schools”, playing in numerous pool tournaments, and watching the professionals compete in tournaments. He played in several pool leagues (APA and BCA) and made many good friends. He even taught lessons “schooling” other players.

He was a member of the Mount Vernon Fraternal Order of Eagles and The Royal Order of Moose.

Terry is survived by his daughter, Tari L. Kinsey (Donald) of Heath, Texas, his son, Thomas “Tommy” Smith (Rhonda) of Philpot, Kentucky, grand daughters Erin and Avery of Heath, Texas and many friends. He was preceded in death by his parents and his brother Charles “Mark” Smith.

Memorial gatherings are scheduled for November 17 and 18. We are planning two events to celebrate Terry’s life: a memorial pool tournament on Saturday night, Nov 17th, at The Pub and a Memorial gathering of friends and family on Sunday, Nov 18th, at the Posey Patch Airport. See stendebackfamilyfuneralhome.com for condolences.

To order memorial trees or send flowers to the family in memory of Terry Smith, please visit our flower store.