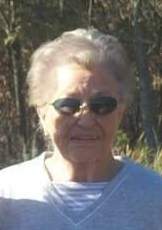 A private service for Sue Brockett  will be held. Contributions can be made in Sue's memory to the Pet's At Risk Dog Park and will be accepted at Campbell Funeral Home in Carmi who is in charge of arrangements.

To order memorial trees or send flowers to the family in memory of Sue Brockett, please visit our flower store.