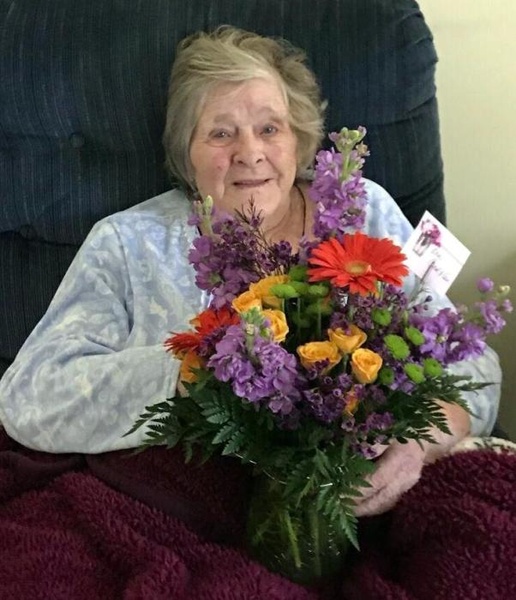 Sarah L. Egbert 92 of Carmi, passed away Monday at Deaconess Gateway Hospital in Newburgh. She was born December 25, 1926 in McLeansboro, the daughter of Azarah and Salena (Gwaltney) McDaniel. She married Wallace “Tom” Egbert on July 4, 1942 in East St. Louis and he preceded her in death on June 11, 2000.

Early in their marriage, Sarah and Tom operated an Ice and Coal business. Later, they owned and operated various bars in the Carmi area. She was a member of the V.F.W and American Legion Auxiliaries and The Ladies of the Moose. She was an active Girl Scout Leader when her children were young.

Funeral services will be held at 10 a.m. on Friday April 19, 2019 at the Stendeback Family Funeral Home in Carmi with burial in Stokes Chapel Cemetery. Visitation will be held from 5-7 p.m. on Thursday at the funeral home. The family would like to extend their thanks to Community Care Workers, Jodi, Gail, Laci, Kim, Susan and Georgia and personal care workers, Shelly and Carla. In lieu of flowers, memorials are suggested to the White County Senior Citizens Home Delivery Program. Online condolences may be left at stendebackfamilyfuneralhome.com

To order memorial trees or send flowers to the family in memory of Sarah Egbert, please visit our flower store.