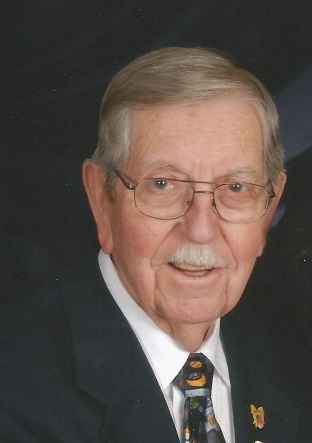 Roy J. O'Neal, 92, of Carmi, Illinois passed away on June 8, 2020 at Wabash Christian Village in Carmi.  Roy was born June 24, 1927 in Herald Prairie Township, to Spencer and Bertha (Tyler) O'Neal.  He graduated from Norris City High School. Roy then joined the United States Army in August, 1945. He was honorably discharged when the war ended.  Roy was a good pitcher in baseball and was offered a chance to try out for the St. Louis Browns.  He was then asked to report to spring training for a small salary and chose to stay home and work to support his family.  Roy spent many years in the newspaper business as sports writer and general manager for the Carmi Times.  His career also involved being elected White County Clerk and retiring from Pattiki Coal Mine.

Roy loved all sports and was active in creating the Little League in Carmi.  He served on many local and state committee's that controlled sporting events. Roy was a founding committee member of the Carmi High School Sports Hall of Fame, which was started in 1985. He was then inducted into the Hall of Fame in 1990. When he could no longer play golf, he enjoyed morning coffee with his friends at the Carmi Country Club and Rice Motor Company.

Services for Roy J. O'Neal will be private with burial at Plainview Cemetery in Norris City. A celebration of life event will be held at a later date. In lieu of flowers the family asks for donations to be made to the Roy J. O'Neal Family Scholarship Fund and will be accepted at First Bank or at Campbell Funeral Home, 609 W. Main St. Carmi, IL. 62821 who is in charge of arrangements. Please visit www.campbellfuneralservices.com to sign the guest book, leave a condolence or pledge a donation.

To order memorial trees or send flowers to the family in memory of Roy O'Neal, please visit our flower store.