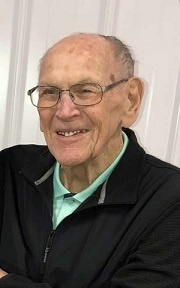 Ronald Foley, 82, of Carmi, passed away on Monday, October 25, 2021, at Hamilton Memorial Hospital in McLeansboro, IL.  He was born on May 4, 1939, in Carmi, Illinois, the son of Oather and Norma (Raglin) Foley.  Ronald married Phyllis Hortin on September 17, 1966 and she preceded him in death on March 17, 2019. He worked at Basin Surveys for 15 years. After that, he worked for Walmart for more than 20 years and as the custodian at  First Christian Church in Carmi for 10 years.  Ronald enjoyed doing crossword puzzles, fishing, and St. Louis Cardinals baseball. He was an avid hat and pen collector.  Ronald loved spending time with his kids and grandkids.

To order memorial trees or send flowers to the family in memory of Ronald Foley, please visit our flower store.