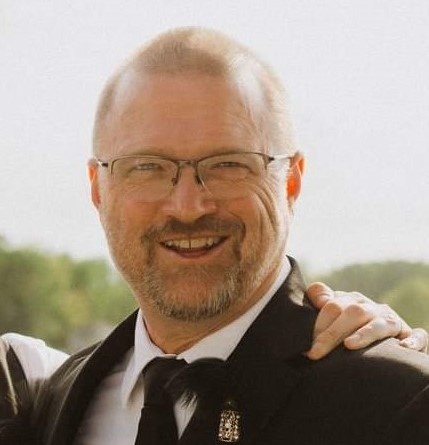 Rob graduated from Princeton Community Highschool in 1981. He later received his associate degree in Electrical Instrumentation. He worked as an electrician in  maintenance at GE and later Sabic. Rob raced cars in the tristate area under the Lewis Family Racing name that he started. Rob could often be found in his garage working on a classic car. He was an avid guitar player. He held an amateur license for Hamm Radio operation. He worked on radios as well and using them, his call sign (handle) was KB9QAD. Mostly Rob loved being with his family and friends, often hanging out with them at Zaps Tavern.

Rob is survived by his son, Marc (Julia) Lewis; best friend and companion, Kacy Heath; brother, Chris (Mary Ellen) Lewis, and many other family and close friends. He is preceded in death by his parents.

A funeral service will be held at 1:00 PM on Friday, September 11, 2020 at the Stendeback Family Funeral Home in Mt. Vernon with burial in Bellefontaine Cemetery to follow. Visitation will take place from 11:00 AM until time of service on Friday. In Lieu of flowers, memorials may be left to the American Heart Association or the American Diabetes Association. Online condolence may be left at stendebackfamilyfuneralhome.com

To order memorial trees or send flowers to the family in memory of Robert "Rob" Lewis, please visit our flower store.