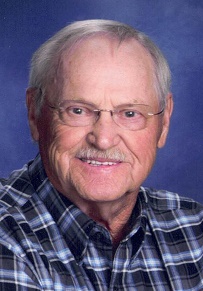 Robert "Bob" James Roark, 80, of Norris City, passed away on Monday January 11, 2021 at Linda E. White Hospice in Evansville, IN. He was born in New Haven, Illinois on January 15, 1940, the son of Edward and Tillie Marie (Allison) Roark.  He married Sharon Lynne (Bohner) Counsil on January 15, 2003. Bob served in the United States Army from 1960 to 1962.  In 1968, he became owner and operator of  Roark Trucking in Carmi. Bob enjoyed working on the farm and driving a tractor.  He loved his grandchildren and enjoyed following them in all of the activities they are involved in.

Funeral Services for Robert "Bob" James Roark will be private with a public graveside service at approximately 11:00 a.m. on Thursday, January 14, 2021 at Asbury Cemetery in New Haven, Illinois. Friends and family may visit from 4 to 8 p,m. on Wednesday, January 13, 2021 at Campbell Funeral Home in Carmi.  Memorial contributions can be made in Bob's memory to Norris City Cumberland Presbyterian Church and will be accepted at Campbell Funeral Home in Carmi who is in charge of arrangements.  In accordance with CDC and IDPH regulations, social distancing will be observed and wearing masks will be required.

To order memorial trees or send flowers to the family in memory of Robert "Bob" Roark, please visit our flower store.