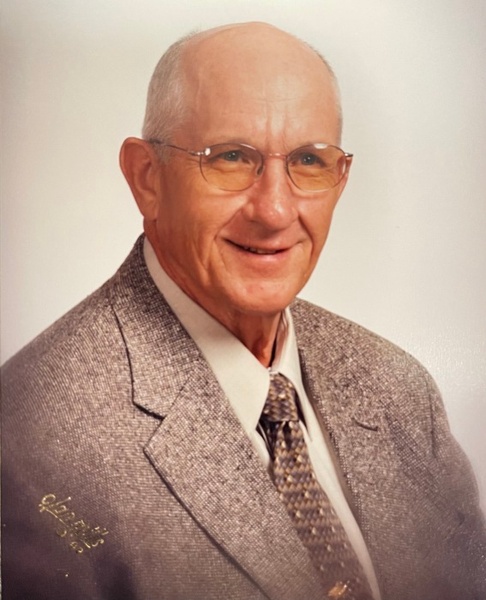 Robert D. "Bob" King, 87, of Carmi, passed away at 4:45 a.m. Sunday, December 5, 2021 at Wabash Christian Village in Carmi.  He was born on January 30, 1934 in Burnt Prairie Township, IL the son of Jesse Lewis and Flossie Myrtle (Parson) King.  Bob married Mary Elizabeth "Beth" Myers on June 20, 1953 and she preceded him in death on October 6, 2015.  Bob joined the United States Navy and faithfully served his country during the Korean War.  He began working for Sterling Aluminum before going on to work for Champion Labs and Whirlpool.  He was a member of The Roads Church in Norris City and the Carmi VFW and American Legion.  Bob loved spending time on the family farm and fishing.

Graveside funeral services and burial for Robert D. "Bob" King, 87, of Carmi will be held at 11:00 a.m., Thursday, December 9, 2021 at Melrose Cemetery in Carmi with full military honors by the Carmi American Legion and VFW.  In lieu of flowers, memorial contributions may be made in Bob's memory to the Carmi White Country School Foundation and will be accepted at Campbell Funeral Home in Carmi who is in charge of arrangements.

To order memorial trees or send flowers to the family in memory of Robert "Bob" King, please visit our flower store.