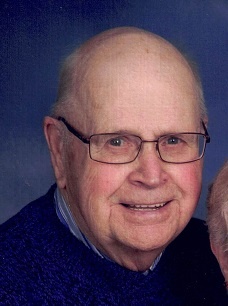 Richard Seigle Williams, 86, of Carmi passed away on December 3, 2020 at Wabash Christian Village.  He was born on January 1, 1934 the son of Robert and Esther (Jordan)  Williams. Richard married Ella Marie Mears on January 1, 1956.  He served in the United States Army from June 1956 to June 1958. Richard worked as a carpenter for Cozart and Anselment, and then as a school bus driver where he drove the after school athletic bus as well as handicapped students to Mt. Carmel and Harrisburg.  Richard was a member of the First United Methodist Church and served on various committees.  He enjoyed many hobbies including fishing, picking up pecans, visiting with friends at McDonald's and walking at Walmart.

Funeral arrangements are pending with burial at Bruce Chapel Cemetery in Carmi, IL.  In lieu of flowers, contributions can be made in Richard's memory to First United Methodist Church, Wabash Christian Village, or Hospice of Southern Illinois Inc. and will be accepted at Campbell Funeral Home in Carmi who is in charge of arrangements.

To order memorial trees or send flowers to the family in memory of Richard Williams, please visit our flower store.