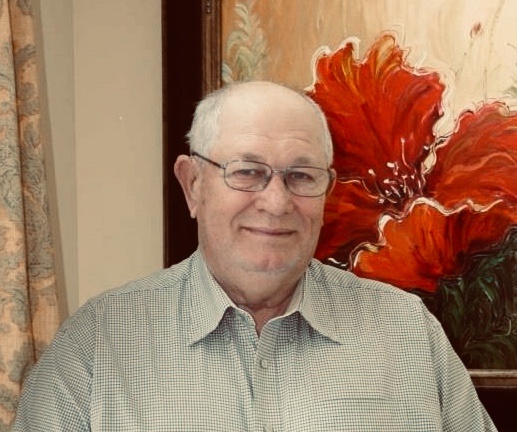 Longtime White County farmer, Richard W. Gates, 75, of Carmi passed away at 1:00 a.m., Saturday, January 5, 2019 at his residence.  He was born in Enfield, IL on August 16, 1943 the son of Ralph W. and Dorothy (Abbey) Gates. Richard married Janice L. Storey on February 10, 1963. Richard was a 1961 graduate of Carmi Township High School.  Richard was a 4th generation farmer.  He was the 1973 Jaycee's Young Farmer of the Year and was named the 1995 Soil and Water Conservation Farm Family of the Year.  Richard was a Pioneer Seed Dealer for 35 years.  He also worked as a rural mail carrier, retiring after 34 1/2 years.

Richard was a member of the First United Methodist Church in Carmi where he was a part of the Men’s Group and had served on the church board and various committees.  He was a past director of the White County Farm Bureau and past president of the Illinois Association of Farmer Elected Committees.  Richard was also a member of the Illinois Corn Growers Association where he served as State Director.  Through his memberships, he had the opportunity to travel to multiple countries in the interest of American agriculture.  Richard was an avid football fan, including being a lifelong Carmi Football fan, and was a season ticket holder for the St. Louis Cardinals, Cincinnati Bengals and St. Louis Rams.

Richard is survived by his wife of 55 years, Janice; two daughters & sons-in-law, Sharon and Jeff Douthitt of Kevil, KY & Sandra and Brian Bryant of Carmi; a son & daughter-in-law, Brad and Carrie Gates of Carmi; nine grandchildren, Claire, Oliver, Lily and AnnaMaria Douthitt, Abbie, Issie and Eli Bryant, and Joseph and Alexus Gates; a brother and sister-in-law, Tony and Donna Gates of Marion; three sisters-in-law, Barbara Gates of Elwin, IL, Cindy (Ken) Wilson of Enfield and Belinda (Galen) Cornett of Texas; three brothers-in-law, Johnny Storey of Carmi, Charles Storey of Enfield and Gale (Penny) Storey of Tunnel Hill, IL; and numerous nieces and nephews.  He was preceded in death by his parents, a sister, Sheila Kay Gates and a brother, Roger Gates.

To order memorial trees or send flowers to the family in memory of Richard Gates, please visit our flower store.