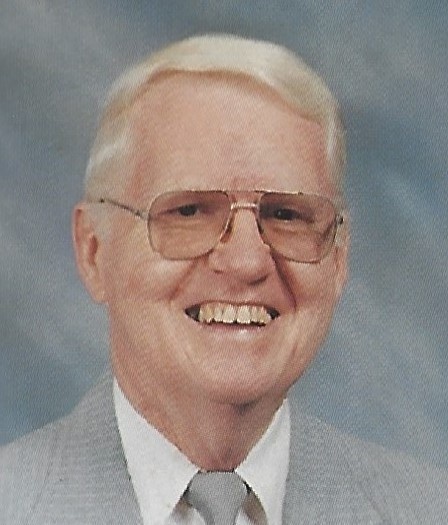 Ray Turner, 90, of Carmi passed away, Sunday August 19, 2018 at Wabash Christian Village. Ray was born in Brownsville, IL on March 18, 1928 to Clifford and Lora (Pyle)Turner. He attended the Big Prairie Grade School, where his father was a teacher. Ray also attended the South Side School in Carmi. He graduated from the Carmi Township High and was a graduate of Lockyear's Business College in Evansville, IN.

Ray was employed by some well known companies during his employment years. His first employment was with Westinghouse in Evansville. Then he was in the United States Army for two years (one year in Germany). After his discharge from the service he was in business in East Carmi for twelve years at the Ice Cream House which most people remember him by. That wonderful genuine ice cream. After the ice cream business he worked at Whirlpool in Evansville for three years. Having been out of the food and restaurant business for those years, Ray decided to return with a position, of food manager at Walgreens Drug Store in Springfield, IL. Later on, to return to White County he accepted a cooking position with the Best Western Motel in Grayville where he eventually retired. Realizing that retiring made too much spare time he started being a sitter for those who needed care. Also Ray, according to his grandchildren was their best babysitter and he loved it.

Ray accepted Christ as his personal savior at the age of eleven and joined the First Baptist Church where he has been a faithful member.

Ray is survived by a son, Monte Turner, of Mt. Carmel; one daughter Rachel Martin and son-in-law, Phillip, of Mt. Carmel; three grandchildren, Hannah, Sarah and Noah; one nephew and his family, David Howell.  He was preceded in death by his father and mother, Clifford and Lora (Pyle) Turner, sister, Hazel Howell and nephew, Pershing Howell.

To order memorial trees or send flowers to the family in memory of Ray Turner, please visit our flower store.