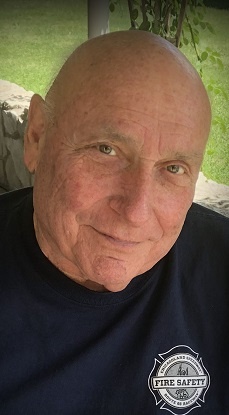 Ray James, 75, of Norris City passed away at 2:28 a.m., on Monday, July 13, 2020 at his residence.  He was born in Norris City, Illinois on April 1, 1945, the son of Warren and Thelma (Kennedy) McKenzie.  Ray graduated from Norris City High School in 1963.  He married Sue Myer on October 3, 1964. Ray worked as a coal miner starting with Inland Steel in McLeansboro and later with Tek-Bar and at Eagle Valley.  He retired in 2007 after 27 plus years from Willow Lake.  Ray was a member of the United Mine Workers of America (UMWA), PMWA and International Brotherhood of Boilermakers. Ray enjoyed spending time outdoors mowing and working in his garden.

Memorial graveside service and burial will be at 1:00pm on Wednesday July 15, 2020 at I.O.O.F. Cemetery in Norris City.  In lieu of flowers. donations may be made to the White County Relay for Life and may be accepted at Campbell Funeral Home in Norris City who is in charge of arrangements.

To order memorial trees or send flowers to the family in memory of Ray James, please visit our flower store.