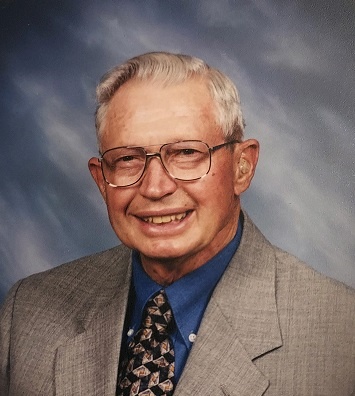 Ralph E. Anselment, 96, of Carmi passed away at 10:30 p.m., Saturday, December 25, 2021 at Wabash Christian Village in Carmi. He was born in Carmi on August 25, 1925 the son of Louis Joseph and Alma Louise (Kallenbach) Anselment.  Ralph married Doris Jean Wright on August 22, 1947 and she preceded him in death on June 21, 2014.  He co-owned and operated Cozart and Anselment Building Contractors with his brother, Roy Cozart.  Ralph honorably served his country during World War II when he join the Navy.  He also served his community. Ralph served as a Carmi City Councilman, on the Carmi Public Library Board, and on White County Senior Citizens Board.  In 2018, he was named the Carmi Chamber of Commerce Citizen of the Year. Ralph was a member of First Christian Church in Carmi where he served as an Elder for many years.  He was also a member of the Carmi American Legion and VFW.

To order memorial trees or send flowers to the family in memory of Ralph Anselment, please visit our flower store.