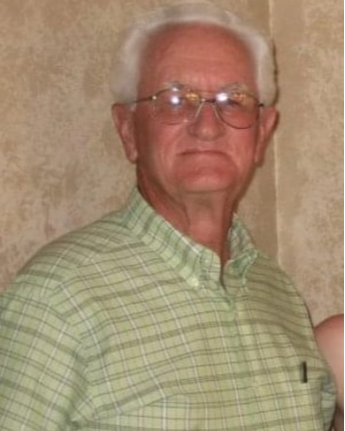 Philip Thompson, age 85, of Vincennes, IN, passed away peacefully on October 19th, 2022 at Linda E. White Hospice House in Evansville, IN with his wife, Sue and daughter, Kim, by his side. On October 16th, 1937, Philip Edward Thompson was born to Edward Jewel Thompson and Mabel Lorene Thompson in Enfield, IL. He married Sue Williams on December 27, 1958.

Philip taught school in Centerville, Enfield and Carmi.  He then began his 50 plus year career in the oil business in June of 1968 with Texaco when he moved his family to Salem, IL. Due to several consolidations of offices by Texaco, Philip moved his family to Flora, IL in 1970 and then on to Fairfield, IL in 1973. While working out of the Fairfield office he was promoted to area petroleum engineer for Texaco. Philip then moved his family to Altamont, IL in 1977 where he then continued his oil career with Tri-Star Producing (now known as Bi-Petro) in St. Elmo, IL where he worked until October of 1979. After which he moved his family to Vincennes, IN and went to work for Ram Oil Company in Browns, IL, and eventually oversaw all of Ram’s Indiana production and worked out of their Highway 41 office near Decker, IN until October of 1981. Philip then began consulting in the oil business overseeing the drilling and completion of wells for many clients throughout the Illinois Basin. Philip eventually acquired a couple oil leases of his own and operated them until his retirement in 2020. Philip’s oilfield legacy lives on through his son Jeff Thompson and grandson Travis Thompson of Mt. Carmel, IL.

Outside the oilfield, Philip loved spending time with his grandkids, watching St. Louis Cardinal baseball and Indiana Hoosier basketball games, planting and growing flowers, and watching birds and other wildlife.

In lieu of flowers, the family is requesting donations be made to the Linda E. White Hospice House, 611 Harriet Street, Evansville, IN 47710 where Philip spent his last days in their blessed care.

To order memorial trees or send flowers to the family in memory of Phillip Thompson, please visit our flower store.