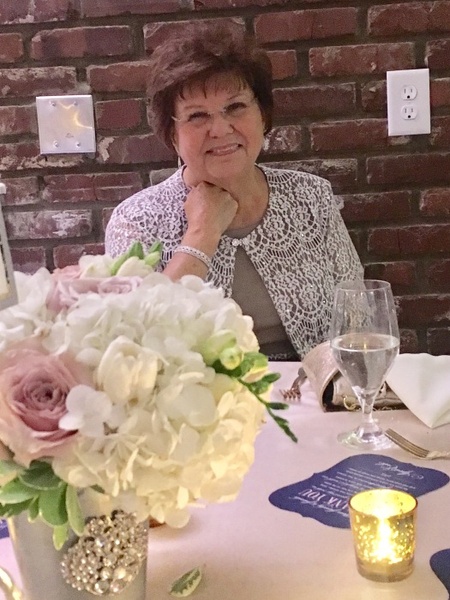 Peggy G. Fechter, 79, of Carmi passed away at 4:05 p.m., Friday, September 4, 2020 at the Linda E. White Hospice House in Evansville, IN. She was born on September 26, 1940 in White County, IL the daughter of Jacob "Jake" and Marie (Frymire) Gillihan.  Peggy married John Henry Fechter on June 20, 1959.  She graduated from Carmi Township High School in 1958 and went on to attend Southern Illinois University in Carbondale.

Peggy was a licensed beautician along with being a farm wife, which she loved.  She was a member of Georgia General Baptist Church where she had served as secretary, Sunday School teacher and VBS teacher.  Peggy was active with the Anna Long Ackerman Missionary Society, served as a 4-H Leader, was a member of the White County Home Extension and White County Historical Society, where she loved volunteering with the yearly Tea Party for school children.  She enjoyed painting, sewing and reading and loved her cats, but her greatest love was  God and her family.

Peggy is survived by her husband of 61 years and the love of her life, John Henry; three daughters, Lyndell (Scott) Rice of Carmi, Cheryl (Steve) Mudd of Evansville, IN, and Gina (Jack) Sailer of Carmi ; 6 grandchildren, Dr. Alec (Brielle Fender) Rice of Franklin, TN, Dr. Erik (April) Rice of Franklin, TN, Lauren (Ryan) Scott of Indianapolis, IN, Johnathan Mudd of Newport Beach, CA, Luke (Lindsey) Sailer of Newburgh, IN, and Chase (Hannah) Sailer of Carmi; four great-grandchildren, Lincoln, Lawson, and Lucy Scott and Tripp Sailer along with Tripp's little brother due in December. Her children, grandchildren and great-grandchildren were the light of her life.  She was also survived by a nephew and niece, Michael (Thea) Gillihan and Suzanne Gillihan Meriwether.  She was preceded in death by her parents and a brother, Ray Gillihan.

Funeral services for Peggy G. Fechter, 79, of Carmi will be private with burial in Kuykendall Cemetery in Carmi.  In lieu of flowers, memorial contributions may be made in Peggy's memory to the National Kidney Foundation or Georgia General Baptist Church and will be accepted at Campbell Funeral Home in Carmi who is in charge of arrangements.

https://www.tributeslides.com/tributes/show/QTXD4XZWL7TT6T37
To order memorial trees or send flowers to the family in memory of Peggy Fechter, please visit our flower store.