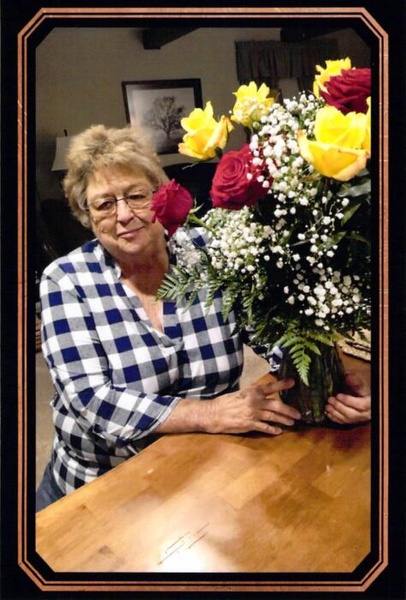 Patricia A. "Pat" Walsh, 80, of Carmi passed away on Thursday, June 2, 2022. She was born in Richland County, IL on March 19, 1942, as the youngest daughter of Roger and Nova (Pixley) Waters. Pat graduated in Olney from East Richland High School’s class of 1960 and went on to attend Southern Illinois University in Carbondale. On June 9, 1962, she married Albert "Rusty" Walsh. Pat was a proud farm wife and actively involved in Walsh Farms. Additionally, she was a member of First United Methodist Church in Carmi, White County Farm Bureau, and Beta Nu sorority. She enjoyed entertaining and cooking, and Pat was well known for her incredible angel food cakes. Most of all, she treasured her grandchildren and enjoyed supporting them in their many activities.

Pat is survived by her husband of 60 years, Rusty; children, Albert "Chip" (Melanie) Walsh of Evansville, IN and Debra Walsh-Whetstone of Carmi; four grandchildren, Dalton and Lucy Walsh and Claudia and Ethan Whetstone; a sister, Juanita Clark of Richland, WA; a sister-in-law, Joy Holloway; a brother-in-law, James Walsh; and several nieces and nephews, including a special niece, Linda (Tom) Malone of Enfield. She was preceded in death by her parents and four siblings, Kenny, Russell and Robert Waters, and Dorothy Marks.

To order memorial trees or send flowers to the family in memory of Patricia Walsh, please visit our flower store.