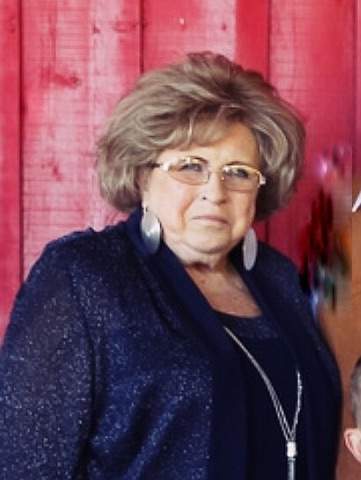 Patricia A. Bush of Carmi passed away Saturday afternoon October 5, 2019 at her home. She was born December 28, 1946 in Carmi, the daughter of Frank and Helen (Farmer) Decker. She married Robert Harmon Bush on July 4, 1964 in Carmi and he preceded her in death on February 10, 2008.

Pat retired from Walmart after many years. She enjoyed quilting, crafting and gardening. She was a member of the First Christian Church in Carmi.

Funeral services will be held at 10 a.m. on Friday October 11, 2019 at the Stendeback Family Funeral Home in Carmi with burial in North Maple Ridge Cemetery. Visitation will be held from 6-8 p.m. on Thursday at the funeral home. Memorials are suggested to Southern Illinois Hospice. Online condolences can be made at stendebackfamilyfuneralhome.com

To order memorial trees or send flowers to the family in memory of Patricia Bush, please visit our flower store.