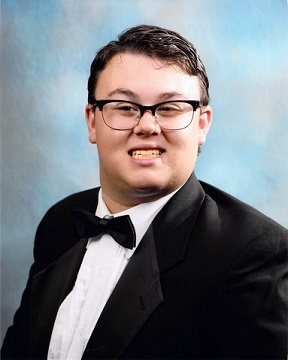 Michael Joseph Serafini II, 22, of Carmi, passed away on Tuesday, March 22, 2022, at SIH Memorial Hospital in Carbondale, Illinois.  He was born on July 14, 1999, the son of Michael and Christina (Beadles) Serafini, in Vincennes, Indiana. Michael was a 2018 graduate of Carmi White County High School in Carmi. He worked in maintenance at the Carbondale Towers. Michael loved watching movies, and celebrating holidays, but most of all, he enjoyed being with his family and friends.

To order memorial trees or send flowers to the family in memory of Michael Serafini, II, please visit our flower store.