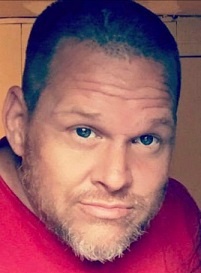 On Thursday, February 25, 2021, Martin Logan Butts, loving father of four children passed away at the age of 48 at his residence. He was born in Washington DC on December 9, 1972,  the son of the late Paul Eugene and Joan Dee (McGhee)  Butts. Martin was a graduate of Magruder High School. He had obtained his CDL license and had been a driver for various companies.  Martin enjoyed spending time with his family, playing basketball, football and fishing. He also loved the Washington Redskins, listening to go-go music and hanging out with his boys Turtle, Dave, George and Dalton.
You will be missed Marty-Mar.

No formal services for Martin Butts will be held at this time. Campbell Funeral Home in Carmi is in charge of arrangements.

To order memorial trees or send flowers to the family in memory of Martin Butts, please visit our flower store.