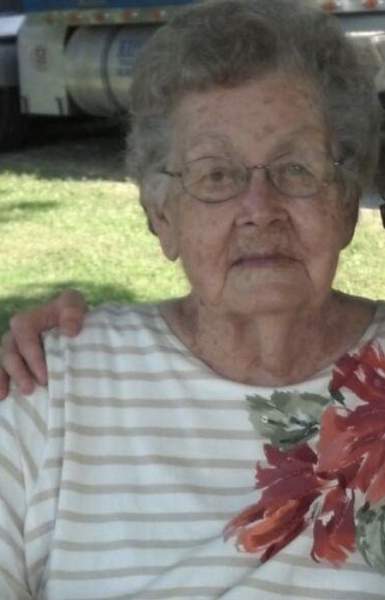 Martha Maxine Gregory, 94, of Norris City passed away at 5:45 a.m., Saturday, March 16, 2019 at Hamilton Memorial Hospital in McLeansboro.  She was born on July 9, 1924 in Mt. Erie, IL the daughter of Frank and Julia (Scott) Chrisman.  Maxine married George Estell Gregory on February 22, 1942 and he preceded her in death on October 13, 2007. While working in a sewing factory, she caught the eye of her future husband by throwing thread spools out the window as George was walking by at lunch.  Maxine also pumped wells and was a homemaker.  She was an active member of First Baptist Church in Norris City where she taught Sunday School and was a member of WMU.  Maxine was a 50 plus year member of the Happy Face Home Extension.

She was preceded in death by her parents, husband, a brother Arthur Chrisman; a sister, Marie Naney; two sons-in-law, Earl Prince and Bill Henson; and a daughter-in-law, Ruthie Gregory.

To order memorial trees or send flowers to the family in memory of Martha Gregory, please visit our flower store.