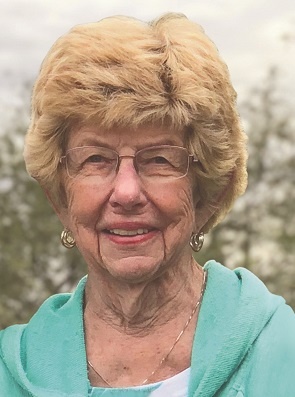 Marjorie Ann (Wade) Brown, 88, of Carmi passed away on Thursday July 23, 2020 at St. Vincent Hospital in Evansville.  She was born on December 30, 1931 the daughter of Bartley and Thelma (Wright) Wilson. Marjorie married John "J.B." Brown on February 23,1991 and he precedes her in death. Mrs. Wade, as she was known by many, taught 5th grade and music classes at Big Prairie School for many years. Marjorie was active in the DAR, the White County Historical Society and was a member of  First United Methodist Church where she played the organ for over 50 years.

Visitation will be held on Sunday, July 26, 2020 from 3pm to 6pm at Campbell Funeral Home in Carmi. Private services with burial in Kuykendall Cemetery will be held on Monday, July 27. 2020.  In lieu of flowers, donations may be made to The White County Relay for Life and The White County Historical Society and will be accepted at Campbell Funeral Home who is in charge of arrangements.

To order memorial trees or send flowers to the family in memory of Marjorie (Wade) Brown, please visit our flower store.