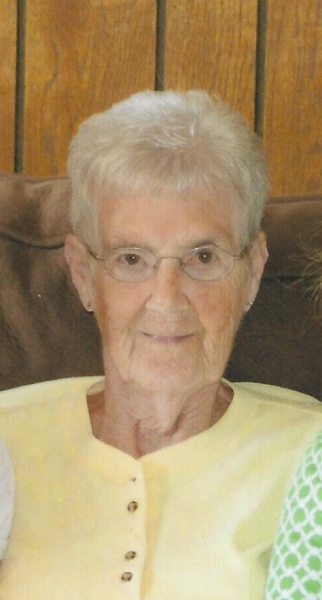 Marilyn J. Cleveland, 88, of Carmi passed away at 12:02 a.m., Saturday, September 7, 2019 at the Villas of Holly Brook in Harrisburg, IL.  She was born on August 30, 1931 in Burnt Prairie Township, IL the daughter of Raymond Franklin and Bessie (Jones) Hunsinger.  Marilyn married Charles W. Cleveland, Jr. on April 9, 1949 and he preceded her in death on November 27, 2000.  She was Primitive Baptist by faith and was a farm wife.

Marilyn is survived by a daughter and son-in-law, Charlene and Gary Whitley of Carmi; a son and daughter-in-law, Tom and Sandi Cleveland of Harrisburg; a sister, Frances Nelson of Carmi; a brother, Donald R. Hunsinger of Carmi; four grandchildren, Tonya Collins, April (Travis) Reutter, Christi (Matt) Bailey and Jennifer (Brandon) Barbre; 10 great-grandchildren, Haleigh and Claire Collins, Griffin and Mason Reutter, Gracyn, Whitley, Violet and Caleb Barbre and Brenna and Blane Bailey.  She was preceded in death by her parents, her husband and a brother, Charles E. Hunsinger.

Graveside funeral services and burial for Marilyn J. Cleveland, 88, of Carmi will be at 11:00 a.m., Tuesday, September 10, 2019 in Centerville Cemetery near Carmi.  In lieu of flowers, memorial contributions may be made in Marilyn's memory to the Alzheimer's Association and will be accepted at Campbell Funeral Home in Carmi who is in charge of arrangements.

To order memorial trees or send flowers to the family in memory of Marilyn Cleveland, please visit our flower store.