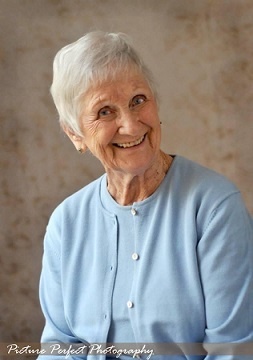 Marian attended Carmi Township High School.  She married Royal Cantrell on February 15, 1947.  Marian was a homemaker and stay-at-home mom.  She was a 4-H leader and kept books for the family oil business, Royal Drilling.  When her children were grown, she went on to earn her GED from Wabash Valley College.  In their retirement, Marian and Royal enjoyed traveling to Mexico, entertaining friends, playing cards, and fishing.  Marian also enjoyed sewing, especially making things for her family.

She was preceded in death by her parents, her husband, Royal, her daughter, Kay, two brothers, and one sister.

To order memorial trees or send flowers to the family in memory of Marian Cantrell, please visit our flower store.