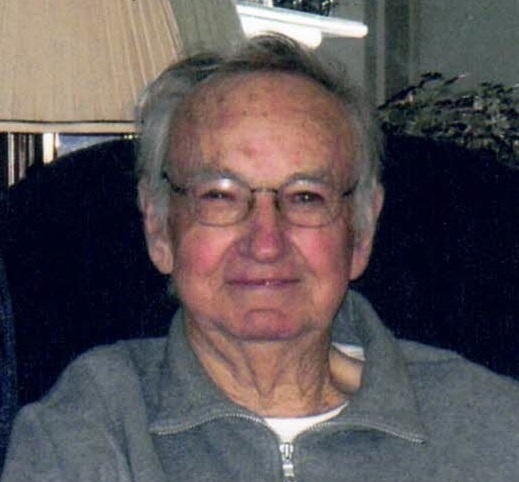 Mack L. "Buzz" Leggett, 89, of Carmi, passed away at 9:20 p.m., Wednesday, November 6, 2019 at Wabash Christian Village. He was born in Evansville, IN on September 25, 1930 the son of Lee and Ethel (Absher) Leggett. Mack married Dana Lois Wilson in 1954. He served in the Air Force during the Korean War being discharged in 1954. Buzz co-owned along with his brother, Boren and Son's Grocery and later was the owner of Leggett's Market. He was a member of the Carmi VFW and American Legion, past president of the Carmi Lions Club and a past member of the Elks. Mack loved golfing, bowling, fishing, gardening and planting flowers. He was a charter member of the Carmi Country Club.

Funeral services for Mack L. "Buzz" Leggett, will be held at 11:00 a.m., Saturday, November 9, 2019 at Campbell Funeral Home in Carmi. Burial will be in North Maple Ridge Cemetery with Military Rites by the Carmi VFW and American Legion. Visitation will be on Saturday from 9:00 a.m. until service time. In lieu of flowers, contributions may be made in Buzz's memory to the White County Senior Citizens and will be accepted at Campbell Funeral Home in Carmi.

To order memorial trees or send flowers to the family in memory of Mack Leggett, please visit our flower store.