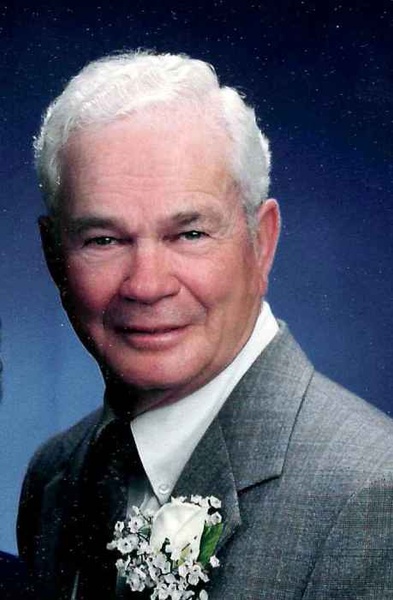 Lowell was a lifelong farmer. He served as Enfield Township Road Commissioner for 18 years. Along the way he worked as a mechanic and also in the Oilfield. He was a veteran of the United States Army serving during the Korean War. He was a lifetime member of the Carmi V.F.W. He was an Elder at the Enfield Christian Church. He loved the St. Louis Cardinals, but most importantly he loved playing games with his grandchildren.

Funeral services will be held at Noon on Tuesday May 21, 2019 at the Enfield Christian Church with Matt Sutman officiating. Burial will be in Enfield Cemetery. Visitation will be from 4-7 p.m. on Monday May 20, 2019 at the church. Military rites will be conducted by the Carmi American Legion and V.F.W. Memorials are suggested to the Enfield Christian Church The Stendeback Family Funeral Home in Enfield is in charge of arrangements. Online condolences may be left at stendebackfamilyfuneralhome.com

To order memorial trees or send flowers to the family in memory of Lowell Weiss, please visit our flower store.