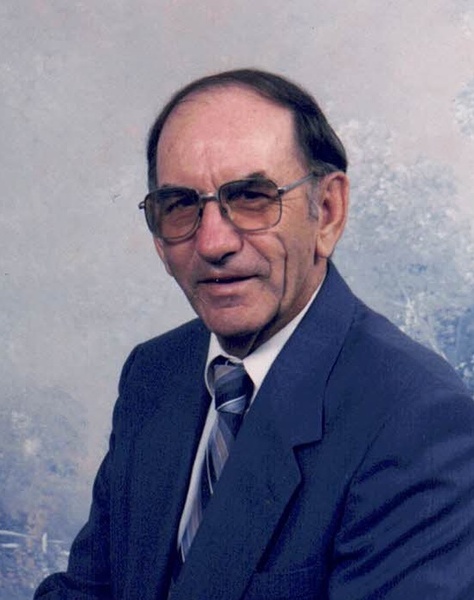 Louis Wayne Nelson, 89, of Carmi  passed away at 8:30 a.m., Saturday, November 7, 2020 at Wabash Christian Village in Carmi. He was born on September 9, 1931 in White County, IL the son of Frank and Nola Katherine (Hargrave) Nelson.  Wayne married Frances M. "Fran" Mills on April  4, 1959 and she preceded him in death on June 20, 2017.  He retired in 1998 from the City of Carmi where he had work in various departments over the years.  Wayne proudly served his Country by joining the U.S. Air Force and serving during the Korean War.  He was a member at Cherry Street Baptist Church in Carmi along with the Carmi VFW.  Wayne enjoyed watching his grandchildren participate in various activities along with making them popcorn.

Funeral services for Wayne Nelson, 89, of Carmi will be held at 10:00 a.m., Tuesday, November 10, 2020 at Cherry St. Baptist Church in Carmi.  Burial will follow in Centerville Cemetery with full military honors by the Carmi American Legion and VFW. Visitation will be on Monday from 5:00 p.m. until 7:00 p.m. at Cherry St. Baptist Church.  In lieu of flowers, memorial contributions may be made in Wayne's memory to Cherry St. Baptist Church and will be accepted at Campbell Funeral Home in Carmi who is in charge of arrangements. In accordance with CDC and IDPH recommendations social distancing will be observed and masks will be required.

To order memorial trees or send flowers to the family in memory of Louis Nelson, please visit our flower store.