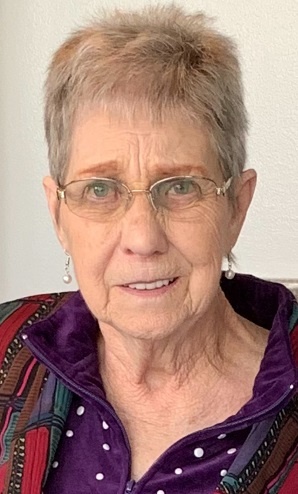 Loretta Jean Ritsch, 83, of Carmi, passed away on Wednesday, November 11, 2020.  She was born on November 27, 1936,  the daughter of Harry and Velma (Foley) Hood.  She married Billy Gene Ritsch in 1952 and preceded her in death on February 11, 1994.  Loretta was a member of the First Baptist Church in Carmi, and formerly a member of the VFW Auxiliary.  Loretta retired from KMart and later worked at the White County Senior Citizen's Center.  She enjoyed taking care of her kids and grandchildren and spending time with her family.

Loretta is survived by her son Rick (Shirley) Ritsch of Crossville; two daughters, Teresa Acord of Olney, and Rachal (Paul) Wortman of Carmi; a daughter-in-law, Betty Ritsch of Carmi; 12 grandchildren; 15 great- grandchildren and one great-great grandson.  She was preceded in death by her parents; her husband, Billy Gene Ritsch; a son, Jeff Ritsch; a son-in-law, Tony Acord; three brothers, Floyd, Jerry and Ronnie Hood; and her sister, Sharon Shepard.

Graveside services for Loretta Jean Ritsch, will be held on Friday, November 13, 2020 at 1:00 p.m. at  White County Memorial Garden in Carmi.  In lieu of flowers, contributions can be made in Loretta's memory to White County Senior Citizen's Center or to the V.F.W. Auxiliary and will be accepted at Campbell Funeral Home in Carmi, who is in charge of arrangements.

To order memorial trees or send flowers to the family in memory of Loretta Ritsch, please visit our flower store.