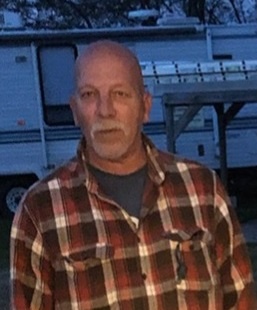 Leroy Jenkins Jr., 59 of Maunie, IL passed away at11:00 a.m. on Tuesday, March 16, 2021 near Odessa, MO. He was born on June 8, 1961 in Gastonia, NC the son of Leroy and Hazel Lee (Passmore) Jenkins Sr. Leroy was a hard and dedicated worker who began his career working as a coal miner at age 18 and continued to work in coal mines across the country in the mine repair field, first for Precision Mine Repair in Ridgway, IL and most recently at RWS Resources.

Leroy was the epitome of family man, no matter how far he travelled for work he always returned home to his children. He was immensely proud of his children and grandchildren, loved them much and enjoyed spending time with them.  Among Leroy’s passions were drag racing and motorcycle riding. He owned two 1978 Chevrolet Monza’s one purple the other orange, he raced them at the Accelaquarter Raceway in Harrisburg, IL. Leroy did not believe in saying goodbye and always said “See ya later” or “I’ll catch up with you”.

A service celebrating Leroy’s life will be held on Monday, March 22, 2021 at noon in the chapel at Stendeback Funeral Home in Carmi, IL. Friends and family may visit from 10:00 am until the time of service. In accordance with CDC and IDPH recommendations, social distancing will be observed and masks will be required.

To order memorial trees or send flowers to the family in memory of Leroy Jenkins Jr., please visit our flower store.