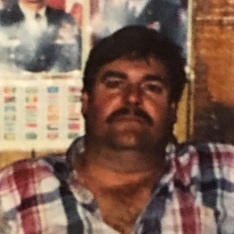 Larry Dean Murphy, 65, of Norris City passed away Friday, January 29, 2021 at his residence.  He was born July 13, 1955 in Morris, IL the son of Carl and Thelma (Vice) Murphy.  Larry married Cathy Jo Bartley in 1983.  He had worked as a mechanic and later as a contractor with GE in Mt. Vernon, IN.  Larry was a member of Powell General Baptist Church and also attended Norris City General Baptist Church.  He enjoyed working on cars and word find books, as well as playing cards with his grandchildren.

Larry is survived by his wife of 37 years, Cathy; a daughter, Amy (Jimmy) Sturms of Carmi; a son Carl James Dean Murphy of Norris City; two sisters, Linda (Jerry) Oaks of Boonville, IN and Brenda (Paul) Sawyer of Brighton, IL; a brother, Johnny Murphy of Utah; and two grandchildren, Jasmine and Austin Sturms.  He was preceded in death by his parents and his twin brother, Gary Murphy.

Graveside funeral services and burial for Larry Dean Murphy, 65, of Norris City will be held at 11:30 a.m., Tuesday, February 2, 2021 in Union Ridge Cemetery near New Haven.  Visitation will be held on Tuesday from 9:00 a.m. until 11:00 a.m. at Campbell Funeral Home in Norris City.  In lieu of flowers, memorial contributions may be made in Larry’s memory to Campbell Funeral Home to assist the family with funeral expenses.  In accordance with CDC and IDPH, social distancing will be observed and masks will be required.

To order memorial trees or send flowers to the family in memory of Larry Murphy, please visit our flower store.