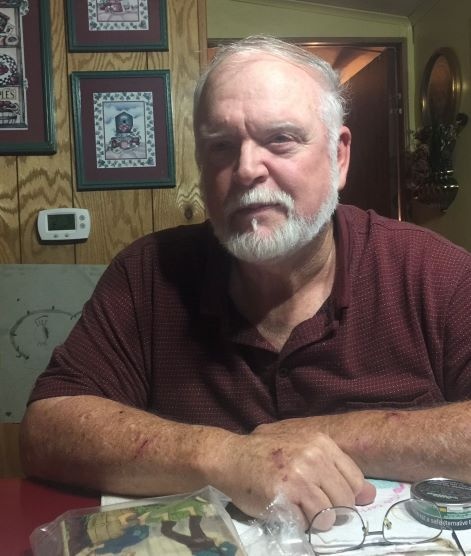 Larry Dean Brock, 76, of Carmi, passed away on Tuesday, May 17, 2022.  He was born in Sumner, Illinois, on January 4, 1946, the son of Delbert and Gladys (Inyart) Brock. Larry graduated from Sumner High School in 1964. He married Ellen Hayes in February, 1965,  They had a daughter, Darla in 1968.  Larry and Ellen moved to Wyoming in 1971 as he went to work in Lance Creek, Wyoming until they moved to Midwest, WY  in 1972.  Their second daughter, Marcia, was born in 1974. He then went to work for Kagie Well Service and Terra Resources.  Larry moved back to Illinois in 1982 and worked for various oil companies,  He later married Gloria Renshaw, and she preceded him in death on March 10, 2013.

Larry is survived by two daughters, Marcia (Memo) Jones of Midwest, WY, and Darla (Allan) Lindsay of Edgerton, WY;  step-children, Jamie Ward and Karen Ward Sexton; grandchildren, Tosha (Steven) Salway and Joshua (Mercedes) Lindsay, Madison and Jacob Jones and Jaryn and Jadyn Sexton along with Karen Ward and her children, Clay Inboden and Chasity Harris; and four great-grandchildren.  In addition to his wife Gloria Brock, he is preceded in death by his parents; a brother, Jerry Dee Brock; and a half sister, Shirley Ann Van Gilder.

A private memorial service will be held at a later date.  Stendeback Funeral Home in Carmi, is in charge of arrangements.

To order memorial trees or send flowers to the family in memory of Larry Brock, please visit our flower store.