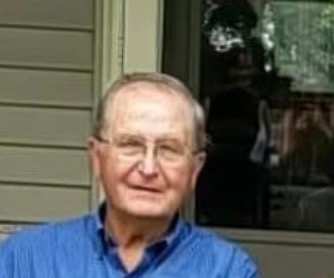 Larry Anderson, 78, of Norris City passed away on Saturday, February 13, 2021 at Hamilton Memorial Hospital in McLeansboro.  He was born on January 4, 1943 in Olney, IL the son of George Ellsworth and Hazel (Pyle) Anderson.  Larry married Patsy J. Allen on August 14, 1967. He was part of the first graduating class from Southeastern Illinois College and went on to graduate from Southern Illinois University with his Bachelor and Master’s degrees.  He retired in 2001 after teaching 36 years in the Norris City-Omaha-Enfield School District.  Larry taught 1,888 students during his career, which was primarily teaching 6th grade and his final two years teaching 7th and 8th grade, along with coaching grade school basketball.
Larry was an instrument of God, as he was a lifetime member of Kingdom Baptist Church, where he led many church services teaching the message.  He enjoyed genealogy and history, as he was always wanting to learn.  Larry enjoyed farming and raising racehorses. He was the anchor of the family, as he was always there for them.  Larry loved his wife and children, but he especially enjoyed spending time with his grandchildren and great-grandchildren.
Larry is survived by his wife of 53 years, Patsy; daughter, Robin (Mike) Smithpeters of Mt. Vernon, IL; three sons, Kent (Crystal) Anderson of Norris City, Mike (Dianna) Anderson of Carmi and Terry Anderson of Norris City; six grandchildren, Tarah Evans, Kaci Konrath, Brynn Anderson, Afton Kennedy, Grant Anderson and Hannah Smithpeters; 13 great grandchildren; and a sister-in-law, Diane Anderson of Florida.  He was preceded in death by his parents, a brother, Jim Anderson, a grandson, Billy Rector and a great-grandson, Clayton Konrath.
Funeral services for Larry Anderson, 78, of Norris City will be private with burial in Kingdom Cemetery in Carmi. In lieu of flowers, memorial contributions may be made in Larry’s memory to Kingdom Baptist Church to continue Larry’s support of mission work and will be accepted at Campbell Funeral Home in Norris City who is in charge of arrangements.

To order memorial trees or send flowers to the family in memory of Larry Anderson, please visit our flower store.