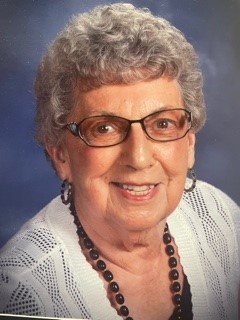 Kathryn Marie Obermeier, 85, of Norris City, passed away on Thursday, November 18, 2021, at Enfield Rehabilitation and Healthcare Center.  She was born on April 1, 1936, the daughter of Arthur C. and Katherine (Kinzel) Shubert. Kathryn married John Fred Obermeier on September 10, 1955, and he survives. Kathryn was employed by the Norris City school system for 30 years where she worked as the school secretary.  She attended Norris City United Methodist Church and served on the Norris City Village Board for four years.

To order memorial trees or send flowers to the family in memory of Kathryn Obermeier, please visit our flower store.