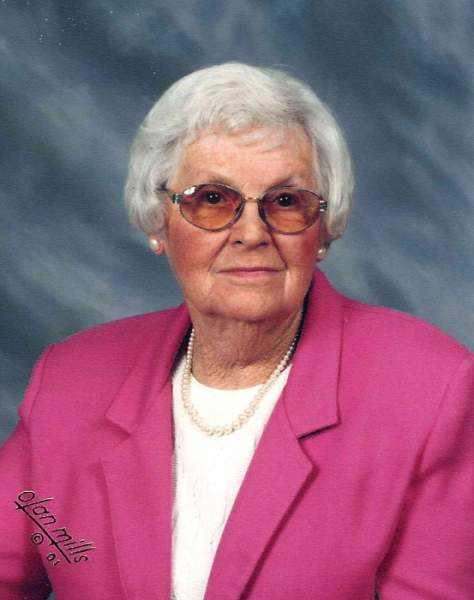 June (Blackburn) Russell, 94, of Mt. Vernon, passed away on August 26, 2019 at Golden Living Center-Woodlands in Newburgh.  She was born on June 6, 1925 in Mt. Vernon, the daughter of Walter and Martha (Knight) Blackburn.  She married John Elwood Russell and he preceded her in death in February 1993.

Mrs. Russell was a homemaker and farm wife.  She loved quilting.  She was the longest lifetime member of Mt. Vernon Baptist Church and belonged to Ladies Aid Society.

Funeral services will be held at 10 a.m. Thursday, August 29 at Mt. Vernon Baptist Church with burial in Bellefontaine Cemetery.  Visitation will be from 5-8p.m. on Wednesday, August 28 at Stendeback Family Funeral Home in Mt. Vernon.  Online condolences may be left at stendebackfamilyfuneralhome.com

To order memorial trees or send flowers to the family in memory of June Russell, please visit our flower store.