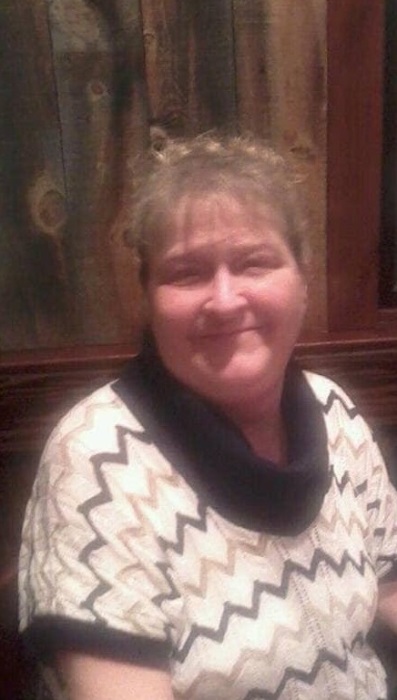 Judith Goodson, 64, of Fairfield passed away at 9:15 a.m., Friday, September 27, 2019 at St. Vincent Hospital in Evansville, IN.  She was born on January 28, 1955 in St. Louis, MO the daughter of Harold William and Mellicent Bernice (Sanders) Baker.  Judy married Robert C. "Bob" Goodson on April 21, 1978. She was a housewife and a mother and enjoyed playing on her tablet.

Judy is survived by her husband, Bob of Fairfield; two daughters, Bobbi Goodson of Fairfield and Nancy Oxford of Carmi; two grandchildren, Janessa Goodson of Fairfield and Javier Oxford of Carmi; five sisters, Peggy Sanders of St. Louis, Kathy McGill, Lynda Cox and Gidget Conner all of Norris City, and Mary Flowers of Carmi; five brothers, Ronald and Harold Baker both of McLeansboro, Terry Baker of Carmi, Glynn Baker of Prescott, AZ, and Bryan Baker of Norris City; and numerous nieces and nephews.  She was preceded in death by her parents, a sister, Glynda Rash and a brother, Donald Baker.

Graveside funeral services and burial for Judith Goodson, 64, of Fairfield will be held at 11:00 a.m., Saturday, October 5, 2019 in I.O.O.F. Cemetery in Norris City  Visitation will be after 9:00 a.m. on Saturday, October 5, 2019 at Campbell Funeral Home in Norris City. In lieu of flowers, memorial contributions may be made in Judy's memory to Campbell Funeral Home to assist the family with funeral expenses.

To order memorial trees or send flowers to the family in memory of Judith Goodson, please visit our flower store.