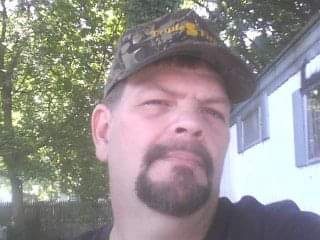 Joseph Everett Koonce, 55, of Norris City, passed away on Sunday, October 24, 2021, at Ferrell Hospital, in Eldorado, Illinois.  He was born on June 11, 1966, the son of Everett and Sandra (Elliot) Koonce. He proudly served his country in the United States Army. Joseph married Vickie Travelstead on March 25, 2017 and she survives. He enjoyed playing video games, fishing, camping and crafting with his wife. Joseph was an avid Bears fan and loved spending time with his grandkids.

Visitation for Joseph Koonce, will be held from 4:00 p.m. until 6:00 p.m.. on Thursday, October 28, 2021, at Campbell Funeral Home in Norris City, Illinois.  Contributions can be made in Joseph's memory to Campbell Funeral Home  to assist with funeral expenses and will be accepted at the visitation.

To order memorial trees or send flowers to the family in memory of Joseph Koonce, please visit our flower store.