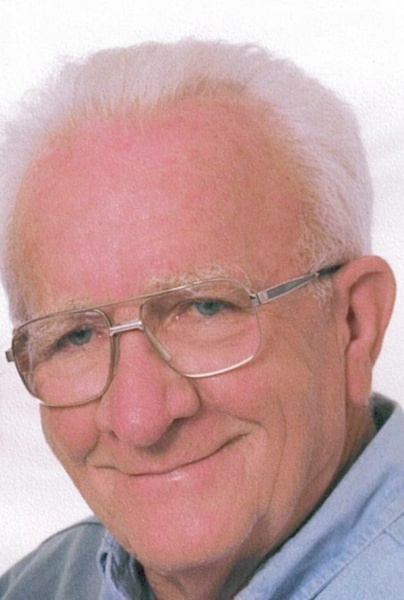 John William Emery went to meet his beloved Sue Ann in Heaven on March 22, 2020. Although 88 yrs old, the last years of his life he missed her so much. John was born May 4, 1931 the son of Arvil and Allibelle (Brewer) Emery.  He grew up in East Carmi with brothers Louis, Jack, and sister, Lola where he learned to fish, hunt, garden and swim. After returning from the Korean Conflict, he became a brick mason and builder. His work is everywhere in White County!

John and Sue raised 4 children on a cattle farm west of town. His kids and grandkids always made him smile.

A small, private family graveside service will be held with a family celebration of life planned for later this summer. In lieu of flowers, the family asks for donations to Honor Flight of Southern IN (H.F.S.I.), P O Box 8234, Evansville IN 47716. They took John to visit the memorials in Washington D.C. Due to the national COVID-19 crisis, please visit www.campbellfuneralservices.com to sign the guest book, leave a condolence or pledge a donation in John's memory. Cards and expressions of sympathy may be sent in care of  Campbell Funeral Home, 609 W. Main St., Carmi, IL 62821 who is in charge of arrangements.

To order memorial trees or send flowers to the family in memory of John Emery, please visit our flower store.