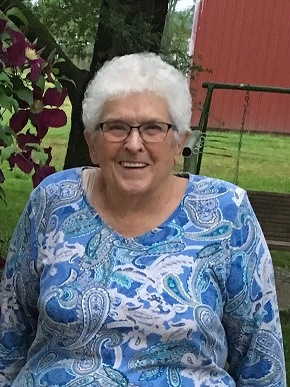 JoAnn Lorene (McKee) Mundy, 85, of Carmi, passed away on Wednesday, July 21, 2021. She was born on October 17, 1935, the daughter of Robert and Laura (Upton) McKee.  JoAnn married Raymond E. Mundy on  April 29, 1956. and he survives.  She worked at Ainsbrook Garment Factory and  later as a local seamstress for many years. JoAnn was a member of the Hawthorne Home Extension. She enjoyed sewing and spending time with family and friends.

In addition to her husband of 64 years, Raymond Mundy, JoAnn is survived by her daughter, Lisa (Kevin) York of Rockport, IN.; grandchildren, Jordan and Jacob York; and her nephew, Harold "Coach" Poore.  She was preceded in death by her parents and her step dad, Vernon Taylor; and two siblings, Maxine Shonk and Paul McKee.

To order memorial trees or send flowers to the family in memory of JoAnn Mundy, please visit our flower store.